It Could Easily Been Anyone's Daughter

Actually, I didn't want to write anything about this matter after the news about it came out in the papers few days ago.

BUT, after reading the expert's as well as the missing Nurul's mother's comments on the NST, I feel that I need to put this in here bcos this is my feeling towards that's been happening lately. I feel sad and sympathy for the victims.

The world is dangerous playground for everybody nowadays... young and old. 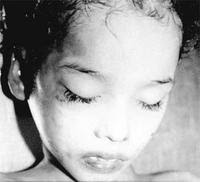 How could anyone have done this hideous crime? Has he no heart for the pain and suffering that the little girls experienced? Or, is he/she once been the VICTIM him/herself, that he/she now feel no remorse while deriving "pleasure" inflicting pain on innocent, defenseless little girls.

I wouldn't know who will be reading what I am writing here. But, if you happen to be someone who has this perverted tendency, let me tell you something. "GO GET HELP!!!"

Earthquake!!! Quick, Hide Under The Table!!!

I finally got myself to watch the famous, all favorite Transformers last Saturday. It's a very nice 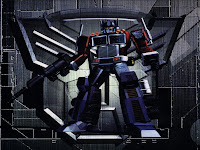 movie, though with pretty much CG in it... (CG = Computer Graphic)

My all time favorite, Optimus Prime looks very nice with the new look...

Okay, I am not here to talk or give my 2-cents worth about the movie.

I am writing here bcos one scene really intrigued me. It's at the beginning part where the Autobots were at Sam's parents' house compound. As they were so, shall I say, big or huge or bulky, they made the ground shook.

Did you see what was Sam's father's reaction..? Though it was funny at first. He ran taking cover under a table, shouting earthquake. But come to think about it, isn't this what our reaction should, or must, be when we feel tremor under our feet?

I believe that most of us, Malaysian, DO NOT know what to do when we are put in this situation. I am not saying that I know much about what to do if I am in that situation. But looking at the frequent occurrence of earthquakes around us, we should take the initiative to know and learn more.

I'll tell you what we were doing when the last earthquake that happened in March this year. What were we doing then...? Nothing, but sending sms-es asking our friends and relatives what had happened. Logging into the internet to look for the latest news update... and lots more.
Posted by Daniel at 4:44 PM No comments:

Have We Not Learned From The Last Tsunami!!?

I am very sure everybody knows about the powerful earthquake measuring 8.2 on the Richter scale that jolted southern Sumatra at 7.10pm (Malaysian time) on Wednesday (12th August 2007) which occurred about 155km southwest of Bengkulu in Indonesia and the epicentre was 718km southwest of Johor Baharu in southern Peninsular Malaysia.

And soon after, a tsunami alert was issued by the Malaysian Meteorological D

epartment for the coastal areas of Perlis, Kedah, Penang and Perak.

Then another measuring 7.7 on the Richter scale struck Jambi province in Sumatera at 6.49am local time again and the Indonesian Meteorology and Geophysics Department had declared the earthquake as tsunami potential, as the epicentre was located only 24km under the seabed, 140km southwest of Sugai Penuh. These quakes are so powerful they can be felt here in Malaysia.

Though the tsunami alert has been lifted, it doesn't mean that we can go and 'wait' for the tsunami at the coastal area like that happened in Penang. 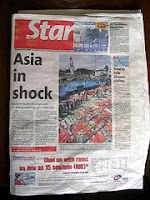 Have we not learned from the previous tsunami that hit us few years ago..!!? Have you forgotten about it totally that not even Malaysia, but India, Indonesia, Thailand were also hit?

Do you want to be part of the statistics when it really happen? I guess people just don't learn until they "see death" right in front of their eyes...

Stray dogs. Are they an every existing nuisance or a product of our negligence?

All have, and had, been said and done about the "problem" with stray dogs in our vicinity and neighborhood.

Many claim that the strays are dirty, filthy, manged and full of whatsoever

I still remember vividly the words that most of the adults said to us, kiddos, when I

Mommy will then say, "They are dirty and naughty dogs. So their mommy and daddy don't want them". They said this in order to tell their little ones if they are naughty, mommy and daddy will "throw" them out in the street also.

It is a pity that our folks said these things to little innocent kids. And the little kid will grow up afraid of or to hate dogs.

Can't we be more loving, caring and more responsible owner and not to neglect our pet, our dog? Do we have to see them being thrown out into the street? Do we have to resort to some "competition" in order to end the stray dogs' problem?

Undeniably, the prize is very attractive. Who would not be 'moved' by such a sum to start go catching. But, is this a wise move?

Do all these poor dogs have this ending?
Posted by Anonymous at 11:49 AM 2 comments:

Since my 1st post on the rudeness-on-the-road topic in February this year, I have seen many of such rudeness and arrogance by our motorists on the road.

It's just like what Haley Joel Osment had whispered "it’s everywhere"
And I personally witnessed such RUDENESS of our countryman yesterday after leaving my office.

It was about 6.40pm yesterday. Driving from Sungai Buluh towards Gombak on the MRR2. It was the usual traffic queue at the traffic junction before turning right going to Gombak. So I was faithfully waiting in the line for the traffic light to turn green and proceed with my journey.

However, there was a young couple and I really mean young (in their early 20's) in a Proton Wira came out from Taman Sri Gombak and out it forced itself into the queue right in front of me.

They were trying to force themselves into the very right lane where they can make a U-turn. However, they were stucked there, right in front of my car, as the van which was in front of me before they "squeezed in" couldn't give way as the traffic light was still red.

So now they can't move anywhere, and was stcuked between the van and the side of the MRR2 flyover bridge. Guess what they did...

The male driver actually hooted (and I mean the long & loud honk..) at the van!!! How on earth can the van driver move his vehicle in a traffic queue and the traffic light is still red?

Finally... the traffic light changed from red to green and when all the cars in the queue started moving, the young couple in the Proton Wira managed to

manoeuvre its way out of the awkward position into the right lane. But they stopped beside the very van which "prevented" them to move just now and gave the driver what I call a "I Am Gonna Kill U!!!" stare.

Only after they satisfied with the 'stare' that they started to make a move, and it was then that the lady passenger 'made her move'. She put her hand out of the window and showed "the SIGN"

Was that the only thing taught in the Moral lesson in school nowadays..!!? Does the chapter says

"If you are frustrated with other drivers, show "The SIGN"

What kind of message are we sending to our children if it happened to be there with the so-well-mannered couple?

Is this what we expect our children to do when they are unhappy, frustrated, agitated, angry etc, learning from their mom and dad..!!? 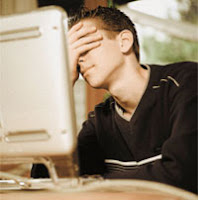 I am really disappointed with our people, especially youngsters, nowadays after so much emphasis put to instill good manners and attitude amongst the people in our nation.

This is the header posted in The Star Online today, after more than five hours in the operating theater yesterday at the National Heart Institute (IJN).

Now, attention is on the post-surgery phase for Tun Dr Mahathir's recovery. We pray for his quick recovery.

KUALA LUMPUR, Sept 5 (Bernama) -- The attention now was on the second phase (post-surgery) for Tun Dr Mahathir Mohamad's recovery and the family hoped it would go smoothly and safely, said his son Datuk Mukhriz Mahathir.

"This recovery phase is a "lifeline" for dad, because anything can happen during this time. So we need to pray harder and give special care and attention for him to pass this second test.

"The doctors said my father's situation is stable and that his heartbeat and pulse are normal. Tun (dad) can regain consciousness any time, we will keep the media informed of developments from time to time," he told reporters when met at the hospital's lobby Tuesday night.

Mukhriz, 43, also said that his mother Tun Dr Siti Hasmah Mohamad Ali was very thankful to all Malaysians for their prayers and well wishes that this surgery would go smoothly.

He said Siti Hasmah was deeply touched by the SMS messages and e-mails of support the family received from Malaysians of all walks of life.

"She was so delighted when I showed her the SMSs and e-mails. Our family is very thankful to everyone for their concern," said Mukhriz, who is also an Umno Youth executive council member and chairman of its International Relations and Non-governmental Organisations Bureau.

He added that the doctors would not allow anyone to visit Dr Mahathir during this period as he needed a lot of rest and had to be monitored closely.

Here I pray for the for Dr. M for his quick recovery.

He was admitted to the IJN yesterday for the surgery, the institute said in a statement today.

IJN medical director Datuk Seri Dr Robaayah Zambahari is heading the panel of doctors which is attending to Dr Mahathir. No visitors are allowed except immediate family members.

Dr Mahathir, who retired in October 2003 after 22 years in office, was admitted to IJN on Aug 18 for a routine check-up and underwent comprehensive cardiac tests. He was discharged two days later.

"Solat Hajat" prayers were held at the Kampung Baru Jamek Mosque here tonight for a successful surgery Tuesday. It was also attended by a son of Dr Mahathir, Datuk Mukhriz.

Mukhriz told Bernama his father would undergo the operation at 8.30am and that he would wheeled into the operating theatre at 6.45am.

"The surgery is expected to take between four and five hours," he said.

He said several specialists from IJN and overseas briefed Dr Mahathir on the procedure and importance of the surgery, and that his father asked many questions, listened intently and agreed to undergo the operation.

Replying to a question, he said Dr Mahathir was in good health and was resting a lot as advised by the doctors.

"He has a good appetite. Sunday and Monday he asked us to buy him `kuih koci' and `apam manis' for afternoon tea," he said.

Similar prayers were held in several other mosques in the country.

On May 14, Dr Mahathir was admitted to the Intensive Care Unit of the Langkawi Hospital after complaining of breathing difficulty before being flown the next day to Kuala Lumpur for further treatment at IJN.

Five days later, he was transferred out of IJN's Coronary Care Unit (CCU) to the Bunga Raya ward and discharged on May 24.

On Feb 11, Dr Mahathir was admitted to IJN for a day after a bout of flu.

The former prime minister was admitted to the institute for mild myocardial infarction (mild heart attack) on Nov 9 2006. A day later, he was transferred to the normal ward and discharged on Nov 14.

In 1999, Dr Mahathir was admitted to IJN to rest and undergo treatment for a lung infection which he suffered after returning from performing the haj.